Business is unpredictable despite your best calculations 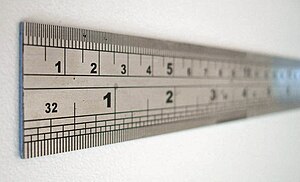 The quest to know all the answers down to the last decimal place sometimes gives people a false sense of surety. My dad – who taught engineering at Louisiana Tech University – was one of those university professors who students feared. This was partly because he often took points off students’ papers for things they didn’t think were wrong. His favorite example was when students gave answers that implied more precision than was possible based on the given information.

For example, if a problem involved calculating the length of some support beam and the length of the other beams in the structure were given as 3 feet and 4 feet, it made no sense to come up with an answer of 4.5234968 feet as the answer. Even if that was the “correct” answer, he would deduct points, because the student should have rounded to 4.5 feet instead of implying precision that didn’t exist.

I see this concept often in business situations today. With the advent of spreadsheets, it has become quite easy to calculate any set of numbers to a degree of precision that is not possible given the data. Want to know exactly what the revenue is going to be two years in the future? The spreadsheet has an answer down to the last penny!

This is useless analysis and often harms people by convincing them that they know more about the business than they do. They may become complacent and not react to changing conditions that alter their carefully constructed view of the future state. Predicting the future is really hard and spending too much time attempting to do so is a waste.

Of course, business forecasting has its place in any well-run enterprise. For example, the number one metric for the sales group at my company NetQoS was how accurately they forecast revenue one quarter ahead. They developed a process that allowed them to predict new license revenue within a tolerance of less than five percent, over 90 percent of the time. This is world class in the software business and was all driven by selecting the proper metric. This gave me as CEO a one-quarter crystal ball from a revenue perspective and allowed me to properly adjust resources to maximize growth without running out of cash. It also made for much less exciting board meetings! But we did not have blind faith in revenue predictions more than one quarter out.

The value of a business model is to constantly test and refine your assumptions as new data is presented. Spending your time adapting to reality is far more useful than trying to plan for what you can’t possibly know.